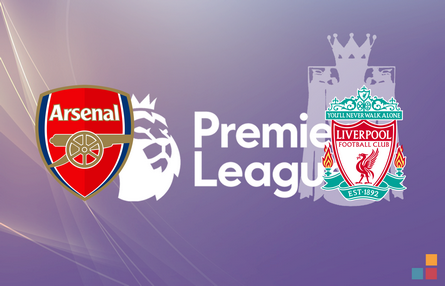 Arsenal Liverpool tickets: A legendary meeting between 2 clubs from the British Big Four!

The Gunners vs. The Reds

Both of the teams are very strong and are part of the English Big Four. Indeed, they have win many Premier League and in other tournaments in the past and deserve their rankings. In terms of victories, the contest is a bit tight. Actually, Liverpool has the upper hand with 87 wins, 61 draws and 78 losses. However, the difference between the Gunners and Liverpool was slighter in 2016. Indeed, since this year, Arsenal did not earn a single victory.

Both teams 1st met in League Division Two in 1893. It ended in Liverpool’s large domination with 5 goals to 0 at the Emirates Stadium. Since the coming of Unai Emery, the Gunners’ future is still unknown. However, they hope to catch up with their opponent at least in Premier League.

Still looking for Arsenal Liverpool tickets? Don’t miss this unique chance and buy or sell your tickets on Fanpass!

The club 1st saw the light in 1886. From D2 to D1, Arsenal became a strong team very early. Indeed, it owns 13 titles in Premier League which makes it the 3rd best in England. Moreover, Arsenal almost won the Champions League in 2006 but ended 2nd. Ahead of them, there are Liverpool and Manchester United. However, because of their proximity the Gunners’ sworn enemy is Tottenham. Both are from North London and this is why their rivalry’s name is the North London Derby.

In 1996, Arsenal’s board of directors selected Arsène Wenger as the new coach. They wanted to try hiring a foreigner for this position. Indeed they were satisfied. It is because Wenger’s will to get French players allowed 3 victories in Premier League. However, after their departure the Gunners had a bad period. They got their success back in 2014 by winning the FA Cup. Since 2018, Unai Emery replaced Wenger at the coach position.

Arsenal trains at the Emirates Stadium.

The Reds were born in 1892. Their name is very famous in England but also in the World. Indeed, their records in Premier League are already awesome with 18 titles. Furthermore, Liverpool also owns 11 titles in European competitions such as 5 Champions League and 3 Europa League. In terms of D1 cups owned, they stay just behind Manchester United.

Jürgen Klopp manages the current training of Liverpool FC. He came from Borussia Dortmund in 2015. The managers expect high results from him because he trained another big club before. His new strategy to reinforce defense and recruit better offensive players took some time to earn results. Finally, he succeeded in qualifying the team in Champions League.